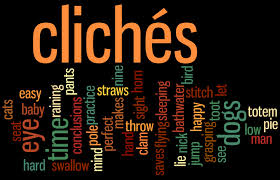 It only takes a moment to inadvertently make a blunder in writing that sets in  motion near-disastrous results. Sure, writing “best retards” instead of “best regards” can be embarrassing but some writing blunders can truly hurt.

What catastrophic examples can you cite about communications gone awry? What consequences followed?

Please share your stories here. The person who submits the Biggest Blunder example earns a printed copy of my Word Trippers book.

If you don’t want your editor spending copious amounts of time changing weak verbs into emotional or visual ones, what can you do?

First, watch out for “is” words and their various cousins. Stay alert to phrases like “is happening” or “was being good”; change them to “happens” or “behaved.” Search out every weak “is” form in your manuscript and find a strong alternative.

In fact, I’d put the word “just” in the same “weak” category. I love what one of my subscribers wrote: “I don’t have a Begin or Start habit. I do, though, have a Just habit. I just can’t kick it. It just seems appropriate when you just do something . . . like I just read your newsletter. Without the just, I could have read it anytime.”

Why do I call these phrases lazy? Because they often lead into long passive sentences that slow readers down. When your readers have to swim upstream to follow what you write, they tend to give up. Better to ease them along with crisp, sharp prose—based on active verbs!

Yes, I do keep beating this drum about active verbs because I know they will make your writing better. Test the waters. You’ll see how they improve the flow, enhance the clarity, and add muscle to the meaning.

And, of course, making this one important shift will reduce the time (and fee) for editing!

Here’s a “comic relief” break from writing skills to share two creative minds and their parody of Book Club of the Month. My colleagues Tim and Kris O’Shea have outdone themselves with this one.

Book lovers, get ready for 2.5 minutes of pure fun! Please leave your comments.

Want more of Tim and Kris? Go to their website