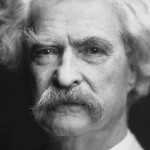 I constantly encourage authors and business professionals to improve their writing by tightening their paragraphs. But what does that mean? Getting your point across with words that each carry their own weight in the sentence and “whacking” those that don’t. Your goal? Creating maximum clarity using a minimum number of words. That’s whacking wordiness!

Here’s your challenge: Tighten the paragraph below by rewriting it. Convey the essence of this paragraph using 21 words–fewer if you can. Ready, go!

The subsequent chapters then will focus in great detail on each of the steps to make sure you know how to accomplish each step before proceeding to the next step and how to measure whether or not you are ready to move to the next step.

Your next (and more meaningful) assignment is this:

Dig out a page or two of your own writing and pick the longest paragraph you’ve written. Count the number of words in that paragraph and then rewrite it completely, reducing that number by a third, even half. Ensure you keep the meaning intact while making each word carry its own weight.

Send me the results of either assignment or both (email both the before/after writings or post them in this blog) and you’ll receive direct feedback from me.

Give it a whack! And share what you’ve learned here. 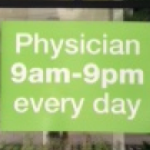 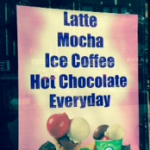 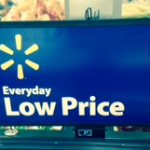 It seems to be a truism that many families can boast of at least one member who speaks in an innovative and entertaining fashion by committing what are known in the literary world as malaprops. In our family, this kind of quirky communication is fondly referred to as a”Pollyism.”

That’s because my older sister Polly’s way of speaking frequently evokes an intriguingly different image from the one intended. For example, once referring to someone in the throes of a difficult childbirth, Polly offered that the mother-­to-be “was probably under seduction.” A wok meal at a friend’s house inspired her later to vow, “I’m going right out and buy one of those yaks for our dinner!” I missed the detective movie she saw in which a somewhat over-achieving maid “put arson in his coffee and killed him.” When Polly’s husband suffered a slipped disc in his back, our sympathies were momentarily diverted as she solemnly informed us that “he may have to go into contractions.”

The First Principle of Pollyisms . . .

The first principle of Pollyisms is that the more dislocated her expression, the clearer may be its meaning, once you think about it. Take, for example, the earliest recorded Pollyism, a hollered request to Mom on her way to the five-and-dime: “Will you please pick me up some vanilla folders?” Now, we all know what she meant, right? She knew exactly what she wanted–Manila folders are vanilla-colored, after all.

A second axiom is that Polly herself is always unaware of her misstatements (at least until one of us guffaws). A Pollyism’s special charm is the spontaneity and the lack of guile with which it is uttered. I’m sure she meant no disrespect, for instance, in commenting on a well-tailored society matron’s “pouffant 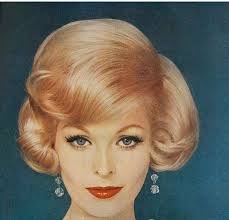 hairdo.” It is not known if the lady with the “bouffant” style heard her, or was offended.

Polly has always been quick to give advice. Mom once mentioned the possibility of taking up certain meditative exercises to calm her nerves; Polly countered with “I don’t know how much good yoghurt would do.” Always a pet lover, but living in a small apartment, Polly showed admirable prudence in wanting a minor bird. Once when someone was discussing the hazards of fire in the home, she innocently inquired, “Don’t you have a fire hydrant in your kitchen?”

You see how much sense she makes!

I have long envied Polly’s success in dealing with the public; part of her secret may lie in keeping others off guard. Through the dressing room partition at a clothing store, she complained to the clerk, “These pants are too short in the crouch.” Arranging travel plans, she asked at an airline ticket counter for information on their “helicopter shuffle service.”

Editor’s note: Chances are, you (or someone you know) colors our language with funny malaprops, too. Please share your examples here.

by Karen Saunders (used with permission)

Editor’s Note: My colleague for the past 25 years, Karen Saunders offers nonfiction book-publishing services for authors. Many are professional speakers from around the world. She shares these 10 tips for anyone seeking advice about self-publishing. – Barbara McNichol

As a speaker you have an important message to deliver, and your goal is to reach as many people as possible. One way to do this is by leveraging your content into a self-published book. A book will give you credibility, open doors to new speaking opportunities, and provide another revenue stream—that is, if your book is every bit as professional as you are. As a busy speaker, I know you will appreciate these 10 self-publishing tips.

After 25 years in the business of designing book covers and interiors and helping speakers publish their books, I know self-published books can outshine those produced by major publishing houses. Here’s how savvy self-publishers produce first-class books, the kind of books that attract readers.

Remember, book design is a form of packaging, and professional packaging attracts buyers to products. That’s why successful organizations spend millions researching and developing the best product packaging possible. Make your book the best in its class! Utilize these 10 self-publishing tips in your next book.

Do you have a question for Karen? Ask it here!

What happens when you launch your book in your own backyard?

Author Gina Murphy-Darling is finding out. In addition to book signings around the state, she’s attracting fans at Tucson Festival of Books. This fabulous event attracts 130,000 people over two days to the University of Arizona campus and highlights both famous and local authors.

As Gina’s editor, I’m most proud she was interviewed by the Arizona Daily Star and, amazingly, the reporter interviewed me, too. I had a feeling my 15 minutes of fame would get cut to one sentence–and it did. Still, reporter Johanna Willett captured the essence of Gina’s book and her passionate message about changing habits to save Mother Earth.

Or think big. Mrs. Green is giving away her book as part of a sponsorship that might interest you. Check it out on Mrs. Green’s website.

Why Mrs. Green is Giving Away Her New Book

We really ARE giving away my new book, Your Mother Called (Mother Earth)…You’d Better Call Her Back to every person who becomes a Mrs. Green Sustainer at the $100 level or above. Please read on…

Before detecting the “passive” voice and addressing how to change it to “active,” consider why you should care.

Active verbs will improve your writing (most of the time) because:

How to Identify “Passive”
As a reader, if you can’t identify the doer of the action—the subject—the sentence has likely been constructed in the passive voice. Even when the subject is clear, two clues help you identify “passive” use: 1) the word “by” and 2) variations of the verb “to be.” 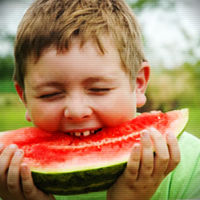 Consider these sentences:
Passive—“The juicy watermelon was eaten by the boy.”
Active—“The boy chomped into the watermelon’s juicy belly.”

In addition, passive verbs can foster weasel-like communication. They might be used to hide who’s responsible for an action, thus evading accountability rather than declaring it. For example, if a contract states “the rules for the homeowners will be enforced” but doesn’t note who will enforce those rules, what’s the result? Ambiguity. Confusion. Inaction.

Your Turn
Notice the passive construction in the following sentence and rewrite it, making sure to use an active verb. (Hint: You’ll need to make up a subject.)

Use the clues I’ve provided to identify passive sentences you’ve written and revise them. Not sure if you rewrote one or more of them correctly? Share them with me via email, and I’ll provide feedback.

You are writing a book to sell online, on your website, at your speeches, or in bulk to corporations. What can you do to boost sales? People don’t believe ads or what you say about your own book. You’ll need testimonials from satisfied readers to place in every marketing piece you create.

One of the main reasons people don’t buy a book is fear of making a wrong decision. There are so many books in the marketplace and it’s sometimes hard to choose. So when they see that an author is endorsed by someone else, that fear is minimized.

How to Get Testimonials

How to Write Testimonials

How to Use Testimonials

It’s always better when someone else sings the praises of your book, so let your clients and readers sell it for you. Testimonials are the ultimate sales tool, so remember to use them in all of your materials.

Pam Lontos, CSP, is the president of Pam Lontos Consulting. Pam consults with businesses, speakers, authors, and experts in the areas of marketing, publicity, and speaking. Pam is a past vice president of sales for Disney’s Shamrock Broadcasting where she raised sales 500% and she founded PR/PR Public Relations. She is the author of I See Your Name Everywhere: Leverage the Power of the Media to Grow Your Fame, Wealth and Success. She is also a former professional speaker. For a free 20-minute consultation, call (407) 522-8630 or email Pam@PamLontos.com    www.PamLontos.com.

What a lifesaver for writers and editors alike!

Fellow NAIWE member Barbara McNichol has compiled in one easy-to-navigate manual the most crazy-making words from A-Z that, yes, trip us up. No more scrambling through stacks of reference books, as now the answers we seek are right at our fingertips. 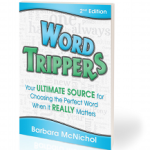 Who among us hasn’t agonized over “affect” or “effect”? “Lay” or “lie”? “Who” or “whom”? Word Trippers comes to our rescue, but it doesn’t stop there. It also includes homophones that trip us up, like vial/vile and waver/waiver. Excellent!

My personal word tripper is “comprise” or “compose.” I have sought several sources and have never found an explanation to help keep them straight in my mind. Until now. Thank you, Word Trippers!

Editor’s note: Thanks, Diana. I’m honored you shared this on NAIWE, Amazaon, and Goodreads.

To purchase this book, go to http://tiny.cc/BarbaraMcNichol

Readers: What is YOUR personal word tripper? Comment here!