Every year, Dictionary.com selects a word to describe the year coming to a close. About the incredible year of 2020, it said: “At Dictionary.com, the task of choosing a single word to sum up 2020—a year roiled by a public health crisis, an economic downturn, racial injustice, climate disaster, political division, and rampant disinformation—was a challenging and humbling one. But at the same time, our choice was overwhelmingly clear. One word kept running through the profound and manifold ways our lives have been upended—and our language so rapidly transformed—in this unprecedented year.”

What is my personal Word of the Year? FORTUNATE

For all the misfortunes and tragedies people have faced in 2020, our family and friends can call ourselves FORTUNATE (cross fingers). We’ve been healthy, warm, and well-fed. We’ve been able to enjoy the outdoors a lot (except when fires ravaged nearby mountains in the super-hot, dry summer). We’ve done our best to stay connected, learning, exercising, and dancing online. We’ve been motivated to share our fortune through charities and support local businesses along the way. And we’ve counted our blessings that we could still serve our clients as usual. Truly fortunate on this one!

Given all that we CAN’T do—like visiting loved ones including attending Barbara’s mother’s memorial in September—we fill our cups with gratitude. We feel especially grateful for those fighting Covid, teaching kids, and caring for others. We HOPE a better 2021 awaits!

What is YOUR personal Word of the Year? ________ Please share you response below or email me.

Need some ideas? Check these.

WISHING YOU HAPPY HOLIDAYS AND A FORTUNATE NEW YEAR! 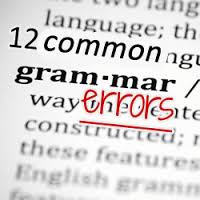 As a life-long editor who’s had a professional editing service for 23+ years, I frequently trip over embarrassing writing mistakes—e.g., “except” instead of “accept” or “complement” instead of “compliment” and hundreds more. Clearly, English is a tricky language!

The question I’ve asked for eons is “How can I help people avoid embarrassment and quickly find the correct word?” So I coined the Word Trippers model as a way to quickly distinguish between tricky words. Here’s an example:

Affirm, confirm – “Affirm” means to declare positively or firmly, to assert as true or factual, while “confirm” means to verify, make firmer, strengthen, support or establish validity. “Working on the campaign helped confirm my intention to go into politics,” he affirmed in his announcement speech.

I couldn’t stop! After creating an extensive resource featuring 390+ common Word Trippers, I sent out Word Tripper of the Week for 3+ years, and I featured Word Trippers in my WordShops.

Then it dawned on me. I could combine Word Tripper of the Week with proven writing techniques through an innovative subscription resource: Word Trippers Tips. It’s designed for:

All these benefits are yours! Bring Word Trippers Tips and its multiple bonuses into your world.

Word Trippers Tips saves me a lot of research time because it gives me a quick reference instead of going to Google. I save every Word Tripper of the Week so when my boss or co-workers disagree on how to use a word, Word Trippers becomes the referee. All of us live on email. If someone sends me one that’s sloppily written, it’s like saying, “I don’t have time for you.” I want to be sure I write clearly and accurately. Word Trippers Tips is perfect for me! – Susan Powell, Team Lead, Ratner Companies

Either at home or early in your school days, did you learn about a difference between can vs. may?

Can you (do you have the ability to) have your book report done by noon?

May I (do I have your permission to) read your book report to the class?

merriam-webster.com, can still is the verb of choice for ability, but both can and may are acceptable to express permission.

But at oxforddictionaries.com, there still is a widespread view that using can to ask for permission is wrong and that it should be used related only to ability or capability:

Can you speak fluent French?

The wrestler can pin any opponent he chooses.

Other sources claim there’s only a minor difference between the two verbs: One sounds more polite than the other.

Can we come over and swim in your pool?

May we come over and swim in your pool?

If I can, I’ll ask you a few questions about your job.

If I may, I’ll ask you a few questions about your job.

Now that we have can and may settled — sort of — what is the difference between may and might?

I’ve struggled with this for years, and I’ve conducted multiple Google searches, never feeling satisfied that I fully understood or agreed with what I found.

Some sources say that may and might normally can be interchanged without a significant difference in meaning. Although both convey that there is a chance something is true or there is a possibility of something happening, some sources claim that might implies less certainty:

I wouldn’t talk to Jess right now. He may still be angry about his team’s loss.

Ella is so talented, I think she may win the competition.

Although it might rain later, let’s take a chance and make a tee time.

If I can get my project done, I might go to a movie tonight.

I fail to see enough of a difference in the nuance of may or might to have concerns about which to use.

I have found that may, rather than might, is used almost exclusively in the academic writing I’ve edited. However, the near-universal use of may raises potential for misinterpretation.

This research may be used for teaching purposes.

Is the author, despite holding the copyright for the material, giving broad permission for its use in a classroom?

Or is the author implying there’s a possibility the research could be relevant to include in developing curriculum?

One may use the entire set of data for projecting results.

Again, does this imply permission to use the data for determining results?

Or does it imply that using all of the data will yield appropriate projections of results?

Two editors, one in technical and one in academic writing, avoid may:

“In editing technical writing,” says the first, “I never allow ‘may,’ because it is too ambiguous:

“Other programs may be started during installation.”

The academic editor says, “I habitually edit “may” to “might” for possibility and “can” for ability.

The choice is yours

Reflecting on the websites I’ve visited and the explanations and examples I’ve found, I still am not convinced there is enough difference between may and might to worry about in most usage.

However, as a professional writer and editor, I will continue to watch for potential misunderstanding with may: There could be a significant difference in meaning when it is not clear whether it implies permission or simply possibility.

I trust you can figure out which to use, but you might still have questions. If that’s the case, you may contact me.

Kathy Watson has a love/hate relationship with grammar; she loves words and the punctuation that helps them make sense, yet she hates those pesky rules. A self-proclaimed ruthless editor, she prefers standard usage guidelines of The Associated Press Stylebook. Her easy-to-use Grammar for People Who Hate Rules helps people write and speak with authority and confidence.