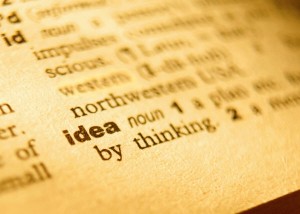 One of my favorite blogs–Daily Writing Tips–keeps bringing up language issues that hit home for lovers of the English language.

A recent blog post addressed how the meaning of “literally” has seemingly changed (not for the better, in my opinion). It’s controversial and fun to read!

Take in this well-researched rant and weigh in with your opinion.

Which “literally” Do You Mean?

You may have missed all the fuss when the media discovered that the Oxford English Dictionary has added an entry for the figurative use of literally.

Among the wails of outrage and dismay was this from a Reddit user: “We did it guys, we finally killed English.”

literally: colloq. Used to indicate that some (freq. conventional) metaphorical or hyperbolical expression is to be taken in the strongest admissible sense: ‘virtually, as good as’; (also) ‘completely, utterly, absolutely’.

Anguished cries of indignation are still echoing across the web. Apparently a lot of commenters imagine that adding a word to a dictionary reflects an automatic endorsement.

Dictionaries record words that people say. The entry that raised such a stir in August 2013 was actually added in September 2011. My copy of the Compact Oxford English Dictionary—the one you read with the accompanying rectangular magnifying glass—doesn’t have a separate entry, but it does note this use of literally and gives an example from 1863. The new OED entry includes an example from 1769.

Like it or not, in the 21st century, literally is widely used as a mindless intensifier. Just browse the web:

Poor old OED. If they label a word “nonstandard, “or “vulgar,” they’re castigated for being prescriptive. If they give space to a new twist on an old word, they’re accused of opening the door to the destruction of the English language.

Just because a word is “in the dictionary” doesn’t compel us to use it in our own writing or speech. The OED has an entry for irregardless, but only the most uninformed English speaker would use the word in a serious context.

The “new” definition of literally doesn’t come without a caveat:

Now one of the most common uses, although often considered irregular in standard English since it reverses the original sense of literally (‘not figuratively or metaphorically’).

Attempting to control the way other people use language is futile. So is getting upset when they don’t use words the way you want them to.

Literally is one of those words like crazy, awesome, and wicked that are overused in inappropriate contexts by speakers unaccustomed to thinking about the meaning of words. Annoying? Yes. Destroying the language? Probably not.

For my part, I intend to continue using the word wicked to mean “evil or morally wrong,” although I won’t have any difficulty understanding a Facebook comment that says, “My mother makes wicked pies.”

As for using literally to intensify a metaphor, I don’t plan to do it myself, but I always enjoy the terrific images some of them conjure up, like this one: