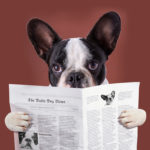 Words make it possible to say what you mean in writing. But they can step on your success, too.

Definitely, you risk raising doubt in the minds of those you want to impress.

Don’t Get Egg on Your Face

You risk embarrassment and a lot more. You can:

When pesky pairings (is it “adopt” or “adapt”?) trip you up, you need to know!

Adopt, adapt – “Adopt” means to take as one’s own (e.g., someone else’s child), to choose (e.g., a lifestyle), or to formally accept (e.g., a position or principle). “Adapt” is to adjust to various conditions. “When you adopt a young girl, make it easy for her to adapt to your living environment.”

Turn to Your Ultimate Source for Choosing the Perfect Word When It Really Matters!

Yes, you can find lots of free resources online. But why spend your precious time when you can have a word choice guide at your fingertips—instantly?

No drawn-out searches or wild goose chases. You expedite your time and avoid unknowing mistakes with a subscription to Word Trippers Tips.

Bring a reliable resource into your in-box every week

By knowing the right word to use in the right place, your professionalism moves up a notch. And by receiving a new Word Tripper each week, you can isolate the latest and learn it well.

Plus once a quarter, you’ll receive practical bonuses—tools to improve your punctuation, grammar, and word use—plus a webinar and crossword puzzle.

Make sure you know it’s the right word!