When it comes to word choices and deciding what to use in your writing, check out these phrases from a book I’m editing:

. . . the answers that so-called geniuses like/such as Newton seem to embody.

. . . centuries of innovations like/such as the airplane and the space shuttle have resulted.

Here’s why such as is preferred instead of like in these phrases: The word “like” implies comparison while “such as” implies inclusion. Thus, being like something doesn’t include the thing itself. If the sentence was “they’re like a fish trying to swim upstream,” then it’s a clear comparison. 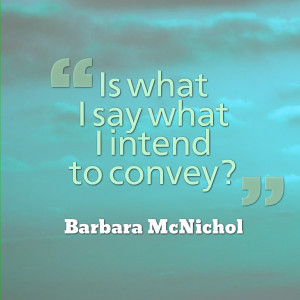 Let’s examine this more closely. In the first phrase, the author does include Newton as a so-called genius, so “such as” is the better choice. Similarly, in the second phrase, the airplane and space shuttle are examples of innovations, so they’re meant to be included.

Do you see how your intended meaning within the context of your writing helps you choose which word to use?

Your challenge: When you’re about to write “like,” ask this question: Would I include this point in a list or exclude it? That’s your clue on selecting “like” (exclude) or “such as” (include).

Need help determining which word to choose? Ask a question with your example in this blog.

One of my favorite resources, Dictionary.com, gives us a host of word meanings that have been essential (or at least … END_OF_DOCUMENT_TOKEN_TO_BE_REPLACED